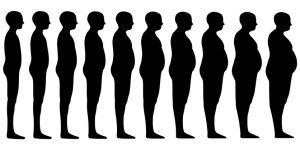 Obesity is one of the biggest health problems in the world.  It can be a contributing factor in other diseases, such as diabetes, cardiovascular disease, cancer, stroke, and dementia. Overeating is often cited as the only reason people are obese. In discussions about weight gain and obesity, many people seem to think that it is purely a function of willpower.

Since what we weigh is, normally, attributed to what we eat we must ask the question:

Is over-eating the only reason a person becomes overweight?

Studies have shown that when we are stressed or during tension filled times our body increases its production of the “stress hormone” Cortisol. The increase in Cortisol may be the culprit causing you to overeat.

According to http://www.webmd.com/diet/features/stress-weight-gain#,increased levels of the stress hormone  cortisol causes higher insulin levels which then cause your blood sugar to drop making you crave sugary, fatty foods. The end result of these actions can be an increase in appetite.

Here are some additional factors thought to be the leading causes of weight gain, obesity and metabolic disease that have nothing to do with willpower:

A doctor can determine if any of these conditions or treatments is responsible for your obesity.  If you would like to see a physician, please contact the Jamaica Hospital Medical Center’s Ambulatory Care Center to schedule an appointment. 718-206-7001.