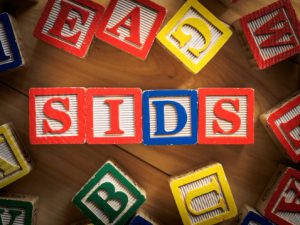 Sudden Infant Death Syndrome (SIDS) is defined as the sudden and unexplained death of an infant under the age of one. It is the leading cause of death in babies in the United States. Most cases of SIDS occur while infants are asleep; this is why it is also referred to as “crib death”.

Despite many years of research, the cause of SIDS is still unknown; some experts theorize that the cause may be the result of defects in the part of a child’s brain that controls breathing and arousal from sleep.

Although the cause of SIDS is undetermined, research does indicate that factors that include a combination of factors in physical and sleep environments can make infants more vulnerable.   According to the Centers for Disease Control and Prevention (CDC), parents and caregivers can take the following actions to help reduce the risk of an occurrence:

The CDC reports that due to education, incidents of SIDS have declined.  Jamaica Hospital Medical Center is raising awareness during SIDS Awareness Month, which is observed in October, by educating the community about ways to reduce risks.

Although there has been a declination in the number of infant deaths attributed to SIDS, It is important to keep in mind that SIDS remains as the leading cause of death in babies and parents should always take measures to provide a safe sleep environment for their child.