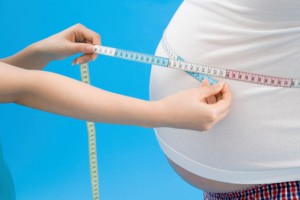 Obesity is a problem that is well known but not well controlled in the United States today. It has become a very big problem for both men and women and affects all racial, socioeconomic and ethnic groups, but how much does culture contribute to someone’s obesity risk factor?  People who are defined as being obese are severely overweight and are also at greater risk of developing circulatory problems, diabetes, hypertension and cardiovascular problems.
Cultural factors play a role in why some groups of people are more likely to become obese during their lifetime. To understand how cultural factors play a role in obesity one has to understand that a culture is a set of rules, learned by sharing experiences, of a certain group of people. A group of people who share the same culture also share the same values and have shared experiences. How that group defines what is an acceptable way of eating, and how they appear to others is what makes them unique. There are some cultures for example that see being overweight as a sign of affluence because food may be scarce in that region.
People who share a cultural background tend to reside in the same neighborhood. An example of this would be when immigrants from other countries or from different parts of the same country, migrate to an area, these people tend to eat foods that are familiar to them.  Those food choices may not be healthy but are comforting and may be eaten in quantities that are excessive.
Where people live and what resources they have available to them also can play a role in what choices they make are available for healthy eating. People who eat a lot of fast food because of its low cost are consuming food that is high in calories, fats, and refined sugars, all of which contribute to becoming obese in the long term.  Fresh fruit and vegetables which are more beneficial to overall weight control tend to be more expensive and therefore not eaten as often.  People living in societies  that are more economically developed tend to be more obese than in parts of the country that are rural because they are more likely to eat prepared , packaged, and processed foods.
There has been a slow increase in the number of people who care considered to be obese in the United States and this is due to poor choices in foods and less physical activity, influenced by culture changes and lifestyles. People make choices in how they live their lives, and a society that allows for poor choices on how they eat, get physical activity and spend their leisure time will be doomed to an even greater population of obese people.
It is important for people with poor eating habits to adopt healthier diets.  To schedule an appointment with a physician at Jamaica Hospital who can help you to improve your diet, please call 718-206-7001.