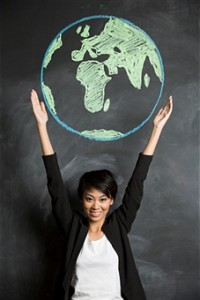 Prenatal customs may vary from country to country but what is found to be universal is: mothers want what’s best for their babies. In order to ensure the health of developing babies some mothers may practice customs that may seem unusual or non-traditional. Here a few customs practiced by women from around the world that are believed to be beneficial during pregnancy:

Japan– It is believed by some that being surrounded by positive images, thinking and music promotes a healthy pregnancy. It is also customary for mother and baby to stay at the mother’s parents’ home for at least a month after leaving the hospital.

Bali-In Bali moms-to-be are at times discouraged from eating octopus; it is believed that doing so can cause difficulties during pregnancy.

Netherlands– Most expecting mothers in Holland are often referred to a midwife during pregnancy instead of an obstetrician. Family doctors will however refer women to an obstetrician if the pregnancy is high risk or if there are complications during delivery.

Bolivia-It is believed by a number of women that knitting while pregnant endangers the baby because knitting may cause the umbilical cord to wrap around the baby’s neck.

Guatemala– Some women in this country believe that remaining inside the home for the entire nine months of gestation will protect the infant from evil or illnesses.

China- Several women in China wear anti-radiation vests to protect developing babies from the exposure of cell phones, microwaves and computers. It is believed that exposure to these items can lead to birth defects and miscarriages.

Panama- Mothers are often encouraged to only eat natural foods and avoid processed foods.  The consumption of only natural foods will prevent colic and help the mother in regaining her figure.

Mexico– Many believe if the mother does not eat the food that she is craving during pregnancy; the baby will be born with a birth mark in the shape of that food.

Kenya- The Akamaba people of Kenya may discourage sex during pregnancy; it is believed that sex may result in the birth of a disabled child.

Integrating practices in modern medicine and traditional customs often prove beneficial for fetal development. Women are highly encouraged to seek prenatal care from a medical professional as soon as possible. Early prenatal care can reduce the odds of having low birth weight, identify risks or complications and decrease the risk of pre-term birth.