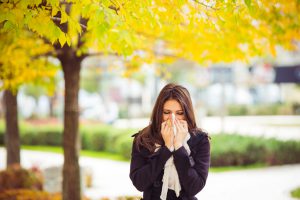 Though allergic reactions have been documented in ancient Greek and Roman history, the modern era of the study of allergies really began in the 1800’s when hay fever was described by Dr. John Bostock in 1819. This continues to be one of the most common allergic reactions, affecting approximately 15 million people in the United States.

In 1869 the first skin test for allergies was described when a scientist placed pollen into a small cut in the skin and watched for a reaction.

The concept of immunotherapy, which is building up the immune system through the administration of injections to help people cope with their allergies, was introduced in 1914.

Antihistamines, medications that would help the body respond better to allergic reactions became more widely used in the late 1930’s.  They helped by lessening the body’s reaction to allergens.

In 1948 corticosteroids were first used to treat asthma and allergic reactions. They worked on reducing the inflammation that would be caused by the allergens.

Professor Samuelson won the Nobel Prize in Medicine and Physiology in the early 1980’s for his work with leukotrines which cause asthma allergy and inflammatory responses to foreign substances.

In present day, there are several methods used to test for allergies and various treatment options are available to minimize a person’s reactions to allergens. These developments have been made possible due to research and discoveries over the years.

If you would like to be tested for allergies or discuss the best course of treatment, please call Jamaica Hospital at 718-206-6742