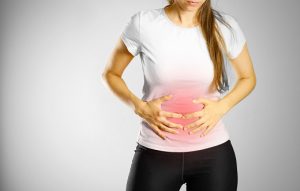 Endometriosis Awareness takes the spotlight during the month of March with a mission to raise awareness about the disease which currently affects an estimated 176 million women around the globe.

Endometriosis occurs when the tissue that normally lines the inside of the uterus- grows outside the uterus. This abnormal growth of tissue can commonly be found on the ovaries, fallopian tubes, ligaments that support the uterus, as well as areas between the rectum and vagina.  Areas where endometriosis is less commonly found are the lungs, thighs, arms and other areas beyond the reproductive organs or lower abdomen.

Endometrial tissue develops into growths or clumps called implants.  These clusters of tissue respond to the menstrual cycle the same as they would inside the uterus.  Meaning, each month the tissue builds up, breaks down then sheds.  Unlike the tissue that lines the inside of the uterus; endometrial tissue cannot be discharged from the body through vaginal bleeding.  This results in inflammation, swelling, the formation of scar tissue or internal bleeding.

The symptoms of endometriosis typically present themselves during reproductive years- on average between the ages of 12 to 60 years old.  Symptoms include:

The cause of endometriosis is unknown but several factors such as genetics, retrograde period flow, immune system disorders and hormones are being researched.

Most cases are diagnosed in women between the ages of 25 to 35 years of age; however, some women with endometriosis remain undiagnosed because they do not have symptoms and the disorder is sometimes mistaken for other conditions.

Women who do experience symptoms should speak with their doctor about receiving tests such as pelvic examinations, laparoscopy and imaging tests, to find out if they  have endometriosis.

Although there is no cure for endometriosis, effective treatments including medication, surgery and alternative therapies are available.