For centuries marijuana has been used to cure various ailments. Does it work ?

Throughout ancient history, marijuana has been used for medicinal purposes. The Chinese Emperor Shen Nung, known as the father of Chinese medicine, discussed the healing properties of marijuana in 2700 BC. The Egyptians used it for glaucoma and inflammation as early as 1200 BC. In 1000 BC, marijuana was used inIndiaas an anesthetic. It was also used in treating leprosy, reducing fevers, as a cure for dysentery and to help people sleep. As time progressed, more and more benefits of marijuana were described all over the world.

In the late 1700’s George Washington grew marijuana on his plantation for his troops. At about the same time, Napoleon brought it fromEgypttoFrancefor medicinal purposes. In 1840 QueenVictoriaofEnglandsaid that it was a good way to treat menstrual cramps and for inducing labor.  In 1925 theLeague of Nationssaid that marijuana should only be used for medicinal purposes. In 1937, the government of theUnited Statesenacted the Marijuana Tax Act which by means of taxing producers, sellers and buyers was an attempt to control its use. By then, most states had already made laws criminalizing the possession and sale of marijuana. 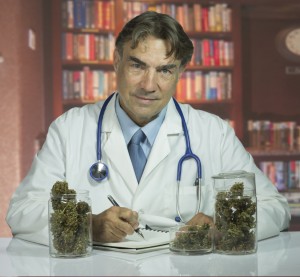 In 1970, The United States adopted the Controlled Substance Act which classified marijuana as a drug and determined that it should not be allowed for medicinal purposes. Though people have been saying for centuries that marijuana has medicinal benefits,  there now seems to be real scientific evidence that marijuana really does work.  It is a slow process but some states have decided to allow marijuana use for medicinal purposes, and  on July 5th New York State became the 23rd state to legalize medical marijuana.