Whether they are used for 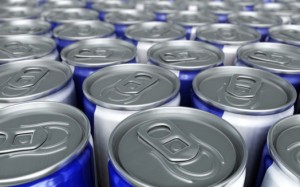 a midday boost, as an all-night study aid, to enhance athletic performance, or for recreational consumption with alcohol, energy drinks or energy “shots” are used by a variety of people, for many different reasons, but concerns about their potential risks are now being raised.

Hospitals across the United States are reporting increased numbers of Emergency Room visits linked to the consumption of energy drinks. In 2009, over 113,000 people were taken to the E.R. due to complications from energy drinks, ten times the number reported in 2005, according to a report by the Substance Abuse and Mental Health Services Administration.

According to Dr. Geoffrey Doughlin, Chairman of Emergency Medicine at Jamaica Hospital, “one of the biggest potential risks associated with drinking these products is the effect on the heart. Containing over 35 mg of caffeine per ounce, energy drinks can possess nearly three times the caffeine as a cup of coffee. The consequences of ingesting such large amounts of caffeine include elevated blood pressure and accelerated heart rate.” In addition, energy drinks are loaded with sugar and taurine, an amino acid also know to boost heart rate.

Even though most agree that consuming energy drinks does not elevate blood pressure and heart rate enough to pose a threat to healthy individuals if taken in moderation, medical professionals do urge those with an existing heart disease to avoid energy drinks. People with hypertension or a heart arrhythmia have also been warned to stay away from these beverages.

It is also recommended that individuals do not combine energy drinks with  alcohol.  By mixing caffeine (a stimulant) with alcohol (a depressant) individuals have a difficult time gauging their level of impairment. Believing the caffeine has sobered them up, those who mix alcohol and energy drinks experience “wide awake impairment,” a feeling of increased alertness.

The marketing of energy drinks has sparked some controversy. They have been promoted to provide a quick boost of energy and many athletes have taken them to increase performance. Dr. Doughlin adds “The problem with this idea is, exercise already increases heart rate and blood pressure. Adding a boost of caffeine only puts unnecessary strain on the heart.  In addition, caffeine is a known diuretic, causing athletes to lose water when they should be trying to stay hydrated”.

What many do not realize is that energy drinks are considered dietary supplements, and therefore, are not regulated by the FDA in the same manner as soda or other drinks that contain caffeine. In fact, the manufacturers of these products often do not disclose the amount of caffeine they contain. Many lawmakers are now calling for increased regulations for the energy drink industry, including improved labeling disclosures.

Dr. Doughlin provides this tip for those who are looking for an alternative to energy drinks, “If you eat healthy, exercise daily and sleep between seven and eight hours every night, you will naturally have more energy.”