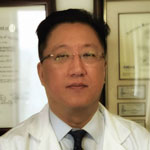 Dr. Chun has recently been appointed Chairman, Program Director, and the Director of Maternal Fetal Medicine at Jamaica Hospital Medical Center. These are all positions that he also holds  at our partner hospital (Flushing Hospital Medical Center). After graduating from Tufts Medical School and finishing his residency at New York Downtown Hospital, he completed his MFM fellowship at Mount Sinai Medical Center. Dr. Chun is well respected in the community and has an extremely busy practice, yearly seeing over 10,000 patients and performing over 600 amniocenteses. 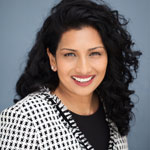 Dr. Ram attended Bryn Mawr College, where she majored in Physics and minored in English Literature. She completed her medical school and residency training in Obstetrics and Gynecology at SUNY Buffalo. Dr. Ram practiced as an academic generalist in the New York City metropolitan area for several years, during which time she received a Master’s degree in Clinical Research Training from Albert Einstein College of Medicine. She continued her training at Albert Einstein College of Medicine, completing a subspecialty fellowship in Maternal Fetal Medicine. Dr. Ram is board certified in both Obstetrics and Gynecology and Maternal Fetal Medicine.

Dr. Ram’s passion is education, and she has received numerous regional and national teaching awards throughout her career. Her clinical interests include fetal diagnosis and perinatal hospice. 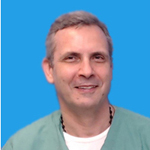 Dr. Zeitoun began his OB/GYN training in Egypt, and then completed his American OB/GYN residency at Harlem Hospital. He then completed his fellowship training in Reproductive Endocrinology at University of Texas Southwestern Medical Center. He returned to New York in 1999, where he was appointed as Assistant Professor of OB/GYN and Reproductive Endocrinology at Columbia Presbyterian Medical Center. In 2002 he was appointed as the Director of GYN and REI at Harlem Hospital Center, Columbia University and Director of REI at New York Downtown Hospital. He also maintains OB/GYN attending privileges at Beth Israel’s Center for Infertility and Reproductive Health. He joined the faculty at Jamaica Hospital in 2012 and has enabled our residents to gain exposure to numerous sophisticated REI procedures. His areas of clinical interest include endometriosis treatment, research on metabolism, and production of estrogen and progesterone in endometriosis, infertility and ART, laparoscopic and hysteroscopic surgery, as well as treatment of various reproductive endocrine disorders including genital anomalies.

Dr. Kapoor joined our faculty in 2017. She completed her training in Danbury Hospital. She is board certified and a Fellow of the American College of Obstetrics and Gynecology. Her dedication and excellence in leadership and resident education resulted in her being named Associate Program Director in Obstetrics and Gynecology. Under her leadership our resident education, lecture series, and procedural numbers have all been improved. She completed her under-graduate degree at Creighton University and Medical School Education at Ross University. In addition to steering our residency program, she serves as a great example for the residents in the practice of Ob/Gyn, minimally invasive gynecological surgery, teaching, and the management of Labor & Delivery.

Our newly appointed Dr. Ascencio is both a faculty attending practicing general Obstetrics and Gynceology, as well as the Director of the Women’s Health Center at Jamaica Hospital Medical Center.

Dr. Ascencio attended SUNY Albany , where she majored in Biology and Minor in Chemistry. She graduated from The University of Virginia School of Medicine and completed her residency at Flushing Hospital Medical Center. She has been working at Jamaica Hospital since 2019. Dr. Ascencio is Board Certified in Obstetrics and Gynecology. Areas of interest include minimally invasive gynecological services and community outreach.

Dr. Cui recently joined our faculty in 2015 after completing her Female Pelvic Medicine Reconstructive Surgery Fellowship at Montefiore Medical Center/Albert Einstein College of Medicine in New York City.  She is a board certified Obstetrician Gynecologist and a fellow of the American College of Obstetrics and Gynecology. She completed her Bachelor of Science in Biology and Chemistry at University of Kentucky, and earned her Doctor of Medicine degree at University of Kentucky, College of Medicine and completed her OB/GYN residency at Winthrop University Hospital in Long Island, NY.  Her area of clinical interest and research include pelvic organ prolapse and incontinence surgery and general management of female pelvic and urinary complaints.  She is well published, an excellent public speaker, and teacher.  She has much improved in our resident education in the area of Urogynecology.  She as well is exposes them to the most up-to-date surgical techniques and treatments.